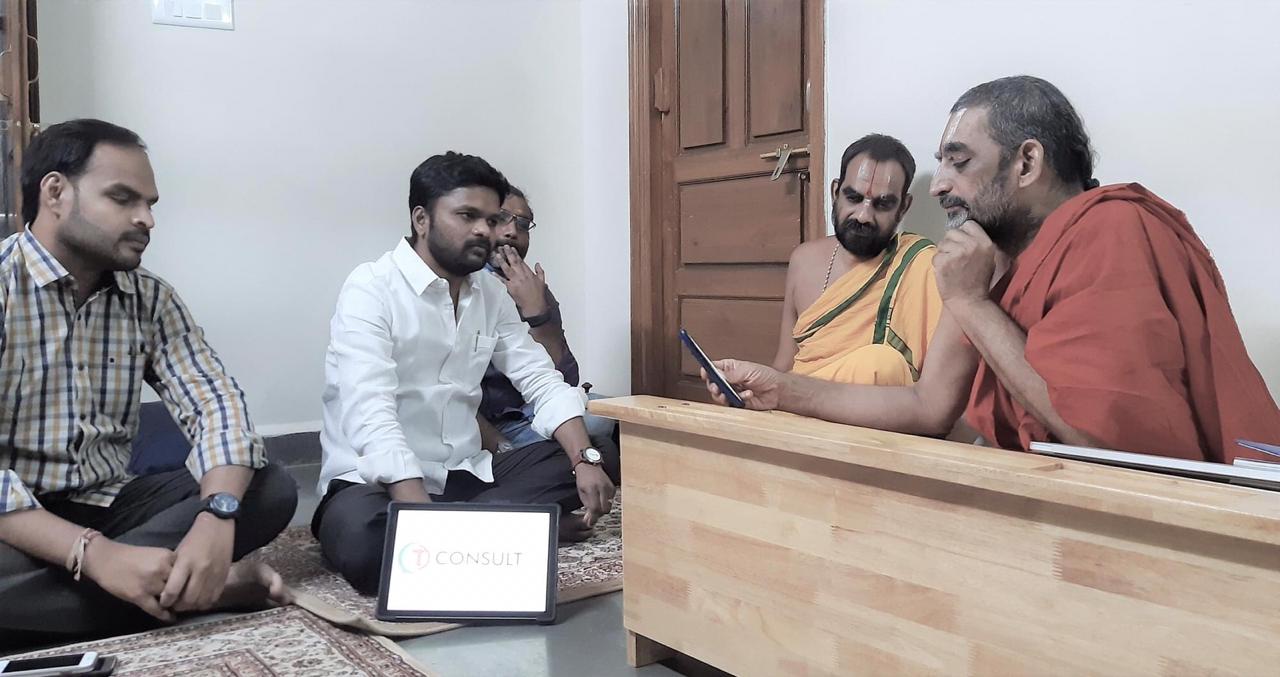 With a missionary endeavour to realise the dream of Free Telemedicine services to rural citizenry, the Narayanpet District Collectorate in association with the Telangana Information Technology Association (TITA) has initiated the ‘T – CONSULT” Project.

In first phase, the project will be launched in 39 villages of Makthal mandal in Narayanpet District, making Makthal the first mandal in the Country to have 100% access to Telemedicine.

It was formally launched today by H.H. Sri Sri Tridandi ChinnaJeeyar Swamy from JIMS institute whose AYUSH doctors made important contributors in this project.

Under this, all the 39 gram panchayats offices in the mandal will have facilities to offer telemedicine services and consultation. Citizens can book appointment(s) with doctors of their choice and speciality through the tele consult facility led by panchyat level officials. Doctors will interact with patients and also provide Prescription, which can be printed out in hard format.

In the next phases, the effort will be to offer the citizens, direct interaction through their smart phones.

With this initiative, Telangana State will be the first State in the country where all the villages in a mandal have access to telemedicine facility.

The TITA team along with the district medical officers of Naryanpet led by the Disteict Collector Ms.Hari Chandana Dasari IAS , have undergone training as the nodal officers through tele conference.

Speaking on this occasion, Collector, Ms.Chandana stressing on the need for access to medical facilities for the rural poor, said that in recent past one pregnant lady lost her life in the district due to delay in approaching a doctor for gynecological consultation. Bringing medical services online will address this kind of problems and make doctors easily accessible and available to patients. Based on the feedback from Makthal mandal, the programme will be extended to the remaining ten mandals in the district, she stressed.

The Seer also interacted with Collector Mrs. Hari Chandana on the T Consult platform and offered free consultation and medicines from JIMS AYUSH college for the district of Narayanpet.

TITA Global President Sundeep Kumar Makthala said several programmes have already been taken up in Narayanpet. The telemedicine project is part of the efforts of the District Administration to offer quality and free medical care to the rural people. TITA has partnered with Digithon & Klinikals for the required technology for the telemedicine project.

The District Collector had taken lot of personal care to see that this Project takes off, he said. There are 62 doctors currently freely contributing their time to provide Tele medicine in Narayanpet district.

As part of this, various medical specialists will list out the time slots during which they will be available for tele-consultation and people will seek an appointment online. Following the tele consultation, the prescription will also be sent to the concerned Patients online. The Panchayat secretary, who will be the nodal officer for the telemedicine project, will coordinate the required video-connect.

The tele consultation Project assumes enormous significance in view of the country wide lockdown and restrictions on movement.

This is apt in a situation where people need not move out of their areas to connect with a specialist doctor for any medical consultancy.

TITA through its ‘Digithon Online Clinic’ had recently held a tele consultation facility for NRI’s stranded in Italy, France, Netherlands and other places on Covid-19. Now, the same is being extended to rural areas.

After Narayanpet, efforts will be made to extend to other areas.